While the nation as a whole struggles with an epidemic of drug and alcohol abuse, Colorado has the sad distinction of topping the charts for abuse of alcohol, prescription drugs, marijuana, and cocaine, according to the 2016 Substance Abuse and Mental Health Services Administration survey.

Marijuana is legal for recreational use in Colorado, which likely accounts for the increased level of marijuana abuse in the state. But Colorado is also highest in the other three categories of substance abuse as well. According to the Substance Abuse and Mental Health Services Administration, illicit drug use of all types reported by adolescents was 5 ½ percent higher in Colorado than in the U.S. as a whole in 2013-2014, the latest year figures were available.

One of the reasons for the higher substance abuse numbers is that fewer adolescent Colorado natives perceived behaviors like having five or more drinks at a time or smoking marijuana as risky, according to the study. People are more likely to engage in these behaviors when they do not see them as risky.

Although marijuana may be legal, that does not mean people cannot abuse it and become dependent. Marijuana legalization typically leads to a spike in use (and related problems related to use) in the state, but it may level off after more time passes and people get used to the drug being legal.

Despite marijuana being legal, other activities related to use are not legal. First, it is only legal for those 21 and older, so for teens, any use is abuse. Second, driving under the influence, giving the drug to minors, or smoking it in public are all illegal. Finally, you can run into trouble for exposing others to excessive marijuana odor or other nuisance activities related to use.

Those that abuse the drug may not always follow these laws, especially while under the influence, and may be subject to penalties even though use of marijuana is legal. And for some, marijuana’s effects may eventually lead to pursuit of stronger drugs that are illegal, leading to other substance abuse problems. 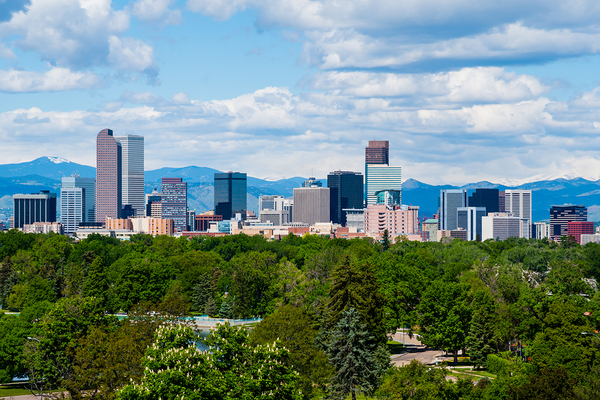 Those struggling with substance abuse in Colorado can find treatment centers for drug and alcohol addictions.

In Colorado, as in other states, overdose deaths from drugs like oxycodone and hydrocodone—called “natural” prescription opioids—topped deaths from homicides in each of the last five years. This disturbing trend has arisen as more people are taking increasingly potent prescription painkillers and getting hooked.

Some users are moving from cocaine to these prescription opioids, which despite restrictions, can be somewhat easier to get and seem more culturally acceptable and easier to hide than illicit drugs. Another danger of these opioids is that when supply is exhausted, some users will move to synthetic opioids or even heroin cut with synthetic drugs, which can have unpredictable effects and have led to many overdoses in Colorado and the nation at large.

If you or a loved one is struggling with the abuse of any substance, help is available. With effective treatment, recovery from substance abuse can allow dependent users to move forward into productive, satisfying lives. Recovery Village Palmer Lake is a premier Colorado treatment center for drug and alcohol rehab. Contact us to learn about admissions and the help that is available to those who are struggling with any kind of substance abuse or dependence in Colorado.