Doctor Shopping and How Does It Impact the Opioid Epidemic? December 6th, 2019 The Recovery Village at Palmer Lake
Don't wait another day. Help is a phone call away. 719.602.0914

Doctor Shopping and How Does It Impact the Opioid Epidemic?

Doctor shopping occurs in a small percentage of opioid users, and involves seeking out prescriptions from a number of different doctors (usually at least five or six) for the purpose of obtaining larger amounts of the drug in order to abuse it.

Prescription opioid abuse increased in the 1990s when doctors began to prescribe painkillers more frequently and synthetic opioids like oxycodone came on the market. From 1995 to 2011, emergency room admissions for opioid abuse grew to 10 times the previous level as the drugs were prescribed more and more often.

As opioids have become more common and available, a few doctors have even become involved in writing prescriptions for cash, an illegal practice known as a “pill mill.”

How Do Doctor Shoppers Operate?

Doctor shopping and other illegal methods of obtaining prescription opioids have led to a sharp increase in overdose deaths, and for some, opioid abuse leads to the use of heroin eventually, which compounds the addiction. 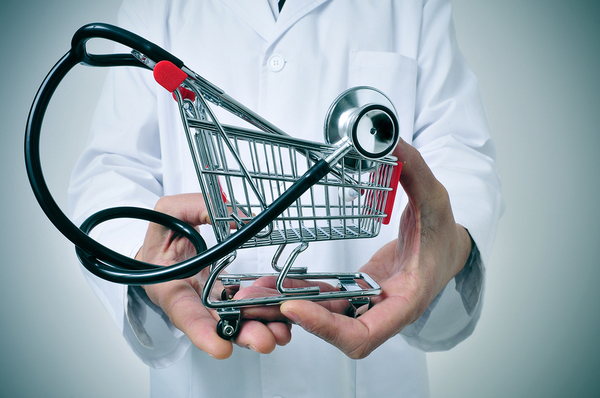 Patients who doctor shop can be caught when doctors and pharmacists check databases of opioid use.

Laws That Can Stop Doctor Shopping

Some states have laws requiring pharmacists and prescribers to check for doctor shopping whenever filling an opioid prescription, and 49 states now have a database of doctors prescribing opioids and patients receiving them. States that have these laws have seen a drop in the prescribing of many opioids, and hospitalizations and overdose deaths have also decreased.

Databases have been effective in shutting down pill mills, and doctors who choose to check the databases may find that they are able to identify patients who are at risk for or are already abusing opioids. But currently, checking the databases is optional for doctors in most states, and many do not check them because of time constraints or because they think they can spot abusers on their own.

Doctor shopping is a dangerous practice—a Canadian study showed that almost 40 percent of patients who died from an overdose had received prescriptions from three or more doctors the year before their deaths.

When doctors or pharmacists catch on to someone who is doctor shopping to maintain abuse of opioid drugs, they cut off the supply, but they do not always deal with the addiction that remains. By the time doctor shopping is detected, patients are often strongly dependent on the opioid and will need treatment in order to break the addiction.

If the addiction is not addressed, patients may seek illegal drugs like heroin or synthetic opioids sold on the street, and their addiction may become even worse than it was before. Eventually, a dangerous or even deadly overdose may occur.

If someone you care about seems to be taking too many opioid painkillers or getting prescriptions from several different doctors for the same opioid medication, talk to him or her about the behavior and whether help is needed to overcome a dangerous habit. Contact us to find out about our programs and how we can help people overcome opioid dependency and addiction.