Vitamins and Supplements For Depression July 19th, 2022 The Recovery Village at Palmer Lake
Don't wait another day. Help is a phone call away. 719.602.0914 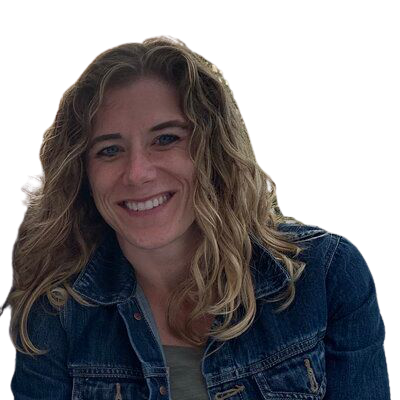 Danielle is a registered dietitian and the Senior Manager of Nutrition at Territory Foods. She has a degree in nutrition science from… read more

While it’s normal to feel down sometimes, prolonged or intense negative feelings can be a sign of depression. Depression is a common but serious mental condition that has many different treatment options. Sometimes, reducing stress and making lifestyle changes can alleviate symptoms; other times, a person may need therapy and medication.

Nutrition can play a large role in addressing the symptoms of depression. Getting enough of the right vitamins and minerals may naturally reduce symptoms or make antidepressants more effective. Omega-3 fats, amino acids and certain plant compounds have also been shown to improve mental health.

About Drug Addiction and Depression

Depression is very common among people who are struggling with substance abuse. A person who is feeling depressed may turn to drugs or alcohol as a way to cope with their negative feelings. Unfortunately, using drugs or alcohol only worsens the symptoms of depression. Depression and substance abuse have many of the same mental health symptoms, such as loneliness, hopelessness and loss of interest in things once enjoyed.

Chronic drug or alcohol use also depletes a person of the nutrients that help regulate mood and brain function. This can cause or worsen the symptoms of depression.

The symptoms of depression range in severity and can include:

Supplements vs. Antidepressants for Depression

Antidepressants are often prescribed for depression, but some people may choose to try natural supplements instead of medication. People who may benefit the most from taking supplements are those who have an existing nutrient deficiency, those with mild symptoms and those who don’t tolerate or can’t take certain medications.

If someone is nutrient deficient, that alone can be a cause of depression. In these cases, simply replenishing lost nutrients may help a person feel better. Someone with mild symptoms may also experience relief from taking supplements.

However, certain people should not rely on supplements to help treat depression. This includes:

Vitamins are required for the production of neurotransmitters, which are brain chemicals that control mood and brain function. Being deficient in vitamins can disrupt serotonin and dopamine, which promote feelings of calm and happiness. Vitamin deficiency can also disrupt melatonin, which helps you sleep. Further, deficiencies in vitamins B, C and D have been linked to an increased risk of depression. Eating foods rich in these vitamins and supplementing your diet may help naturally improve symptoms of depression.

Vitamin B6 is needed to make the neurotransmitters serotonin, dopamine and melatonin. These brain chemicals are responsible for promoting restful sleep and making us feel pleasure, happiness and calmness. Vitamin B6 works by helping the body process the amino acids that make up these brain chemicals. If a person does not get enough vitamin B6, the production of these neurotransmitters is impaired. Vitamin B6 is often depleted by substance abuse, so replenishing stores may help improve the symptoms of depression for someone in recovery. Foods rich in vitamin B3 include:

Vitamin B9, or folate, is involved in the production of serotonin, dopamine and norepinephrine. These neurotransmitters help regulate mood and control the body’s response to stress. Folate has been shown to reduce the symptoms of depression in people with low and normal levels of folate, and it also enhances the effectiveness of antidepressants. Alcohol abuse can lead to a folate deficiency, which worsens symptoms of depression. Foods high in folate include:

Vitamin B12 affects cognitive function and mood by reducing levels of the amino acid homocysteine, which can negatively affect brain function. A B12 deficiency can also lead to pernicious anemia and has been shown to cause irritability, depression and personality changes. B12 levels are depleted by chronic substance abuse, and replenishing stores may help alleviate symptoms of depression. Foods rich in B12 include:

Vitamin C helps the brain send and receive signals, and it protects neurons from damage caused by stress. If brain signaling is impaired for any reason, it can cause a variety of issues ranging from depression to schizophrenia and dementia. Common signs of a vitamin C deficiency include depression and fatigue. While a vitamin C deficiency is rare, studies have shown that supplementing with vitamin C can improve mood even if a person is not deficient. Many foods contain vitamin C, including:

Vitamin D helps regulate serotonin metabolism and plays an important role in the sleep-wake cycle. A vitamin D deficiency can make it difficult to fall or stay asleep, which has a negative impact on serotonin production. People with depression are often found to have low levels of vitamin D, and replenishing stores can help reduce symptoms. Sunshine is the best source, but a few foods are high in vitamin D:

Certain minerals, amino acids and fats are essential for healthy brain function and mood. Being deficient in magnesium, calcium, zinc, omega-3s and tyrosine can contribute to symptoms of depression. Other supplements, such as St. John’s wort, SAMe, rhodiola rosea and GABA, have also been shown to help improve mood, lower anxiety and enhance the effectiveness of antidepressants.

Magnesium plays a role in hundreds of body functions, including the activity of neurotransmitters and hormones in the brain. It’s thought to be especially important for brain functions that reduce stress and anxiety. Magnesium helps alleviate the symptoms of depression by regulating the stress response. Alcohol and substance abuse can decrease the body’s ability to absorb magnesium, often resulting in depleted levels.

Calcium is involved in the activity of neurons, especially those that moderate mood. Calcium is required for the neurotransmitters serotonin and dopamine to be released into the brain, and it may also influence the neural tissues that are involved in emotional regulation. Increasing calcium levels has been shown to improve mood.

Zinc is required for many body processes, but it’s particularly important for regulating the brain’s response to stress. A zinc deficiency can cause depression, altered thinking and a reduced ability to learn. Zinc supplementation can reduce depression symptoms and improve the effectiveness of antidepressant medications.

Omega-3 fats are one of the most well-researched mood-boosting nutrients. Omega-3s interact with neurotransmitters in the brain. Omega-3s are also anti-inflammatory, so they protect against mood disorders like depression and anxiety. DHA, a special type of omega-3, forms the structure of brain and nervous system cells. Supplementing with omega-3s, especially DHA, can significantly improve symptoms of depression.

SAMe, or s-adenosyl-methionine, is a naturally occurring substance found in many animals and plants. It’s often used as a supplement to treat depression because it’s involved in the formation of neurotransmitters and may boost the effects of dopamine. SAMe works in conjunction with vitamin B12 and folate, so it’s beneficial to take all three of these supplements together to relieve depression. SAMe has also been shown to improve the effectiveness of antidepressant medications.

The benefit of taking SAMe instead of antidepressants is that it’s a natural option for those who can’t tolerate medications, and there are also fewer side effects. However, when combined with antidepressants, SAMe can cause serotonin syndrome and trigger mania in patients with bipolar disorder. Always consult with your doctor before taking SAMe.

Rhodiola is a root that has adaptogenic properties, meaning it helps the body cope with stress and maintain balance. Adaptogens either relax or stimulate parts of the stress response system to regulate energy and mood. Supplementing with rhodiola may help alleviate symptoms of depression, anxiety and fatigue.

Like tyrosine, certain amino acids are used to form neurotransmitters like dopamine and serotonin. Not getting enough of these amino acids can impair the production and balance of these brain chemicals and contribute to symptoms of depression. Tyrosine, 5-HTP, theanine and tryptophan are popular amino acid supplements used to treat depression symptoms. They help because they are directly involved in neurotransmitter production.

GABA, or gamma-aminobutyric acid, is a neurotransmitter that promotes calmness and relaxation. GABA is responsible for reducing stress and can help promote restful sleep. GABA works in conjunction with serotonin, so low GABA levels can result in mood disorders and symptoms of depression.

Substance abuse and depression share many symptoms and have an additive influence on each other, so many people who enter recovery are diagnosed with both depression and a substance use disorder. If a person has two or more mental health and substance abuse disorders, it is called a dual diagnosis. Treatment is often designed to treat both disorders at the same time.

The Recovery Village at Palmer Lake is a full-service facility in Palmer Lake, Colorado, that specializes in treatment for drug and alcohol addiction and co-occurring disorders. Starting with medical detox, our facility provides a full continuum of care that includes inpatient, partial hospitalization, intensive outpatient and outpatient programs. With successful medical detox and comprehensive care, a rehabilitation program can lead you or a loved one toward a life of lasting sobriety.

Contact us today to learn more about our medical detox programs and determine whether detoxing in a medical facility is the best route for you. Our helpful representatives are here to answer your questions and walk you through the process of addiction treatment and recovery care.

Get the Care You Need

Let us help you. Our admissions team is ready to assist.
719-602-0914
Sources
Medical Disclaimer